The company is pioneering the development of gene therapies based on simian virus 40 (SV40), a macaque polyoma virus to which humans are immunologically naïve. Amarna has created a proprietary production cell line (SuperVero™) that, for the first time, makes it possible to produce SV40-derived vectors suitable for therapeutic use.

Combining SuperVero™ with its genetically engineered SVec viral vector, the company’s fully-integrated gene therapy platform is truly unique in its intrinsic capability to deliver transgenes without eliciting immune responses to the vector nor to the transgene product.

Founded in 2008, Amarna’s head office is based in Leiden Bio Science Park, the Netherlands, with a research subsidiary located in Seville, Spain. 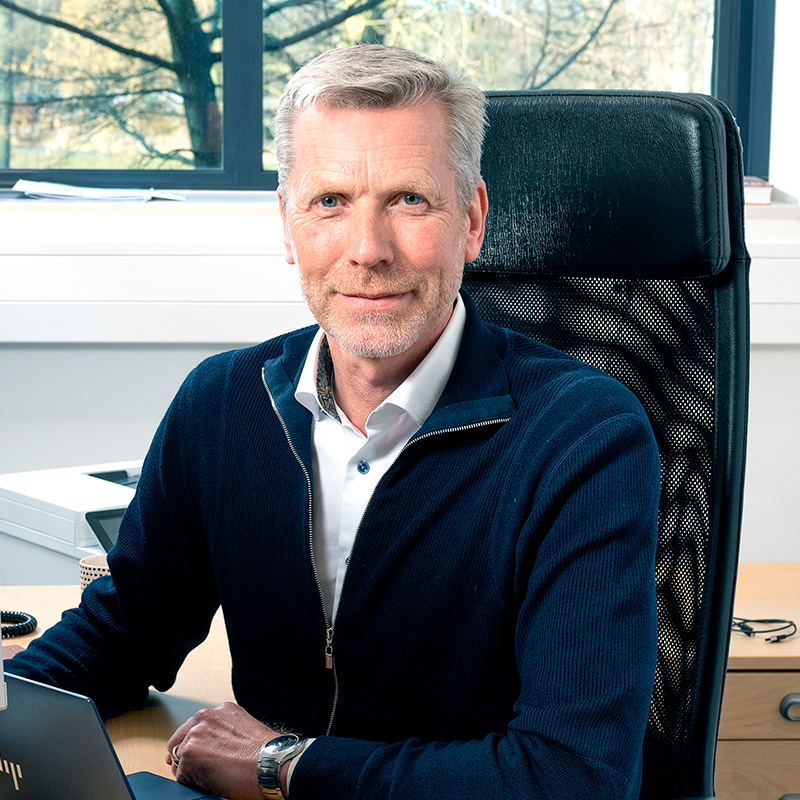 Steen joined Amarna in 2020 with more than 30 years of experience from executive and non-executive positions in the life sciences industry. Building on his scientific background his experience embraces IP, regulatory, organization, management, communication, financing, business development and strategy, and, more recently, AI and digitalization.

Prior to joining Amarna, Steen listed and served as Chief Executive Officer (CEO) of the Nasdaq First North (Stockholm) company ExpreS2ion Biotech Holding AB and headed its operational unit in Denmark. He has been SVP of preclinical R&D and Quality of Allergopharma, the allergy business unit of Merck KGaA (DE) after serving as CEO of Nordic Vaccine, an innovative, non-invasive vaccine nanotechnology company in Denmark. In addition, he has held positions at Pharmexa, Novo Nordisk and ALK, as well as a number of non-executive positions on boards of various emerging biotech companies.

Steen holds a PhD from the Technical University of Denmark in addition to an Industrial Scientist Research Degree from the Danish ‘Academy of Technical Sciences’, as well as a MSc degree in Biochemistry and a BSc in Sports from the University of Copenhagen. 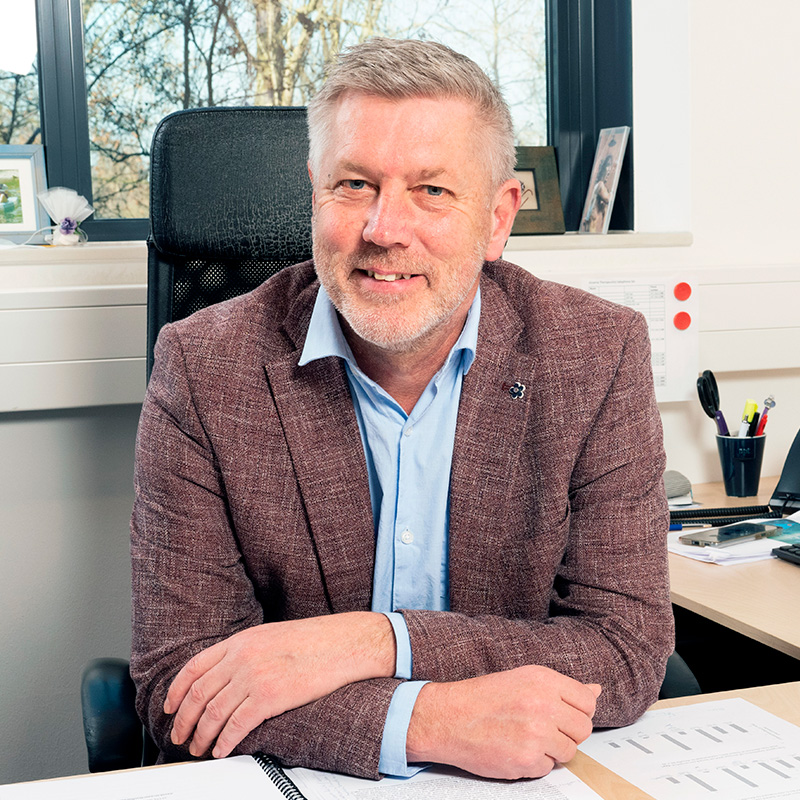 Peter has a virology background and has been active in R&D for more than twenty-five years.

Peter’s academic career started as a Virologist at the Wageningen University in The Netherlands, where he obtained his PhD in 1991. In 1991 he joined Novartis Seeds where he held several research management positions in the field of plant biotechnology. He is a co-founder of Phytovation B.V., formerly active in biopharmaceuticals and vaccine production, and of its subsidiary Viruvation B.V., which was active in developing therapeutic AIDS and HCV vaccines.

Throughout his career Peter has worked on applications of virus-associated technologies. He has a long-standing expertise in virology, molecular & cell biology, immunology and is highly experienced in molecular cloning activities, tissue culture of mammalian cells and production of (recombinant) virus particles in mammalian cell systems.

Peter is the (co-) author of more than fifty peer reviewed scientific articles. Next to this, he is the company’s intellectual property (IP) manager. Peter has a longstanding expertise with IP matter as (co-) inventor of more than twelve different awarded patents and patent applications. 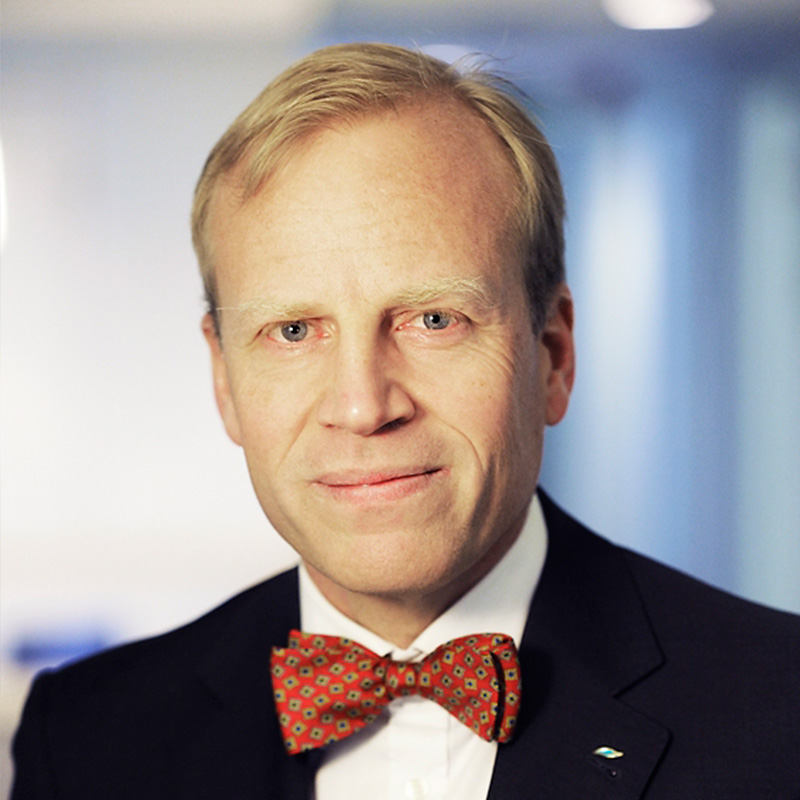 Thomas Eldered
Chairman of the Board

Thomas Eldered | MSc
Chairman of the Board

Thomas was the co-founder of Recipharm AB, a Swedish pharmaceutical contract development and manufacturing company, in 1995. Under his leadership, the organization grew to be a major player with approx. 9000 employees, at 30 facilities located in ten countries, offering pharmaceutical companies full service by taking products all the way from early development to commercial production. Thomas is currently President at life-science investor Flerie Invest and at the Board of several private and public companies including Kahr Medical Ltd, Prokarium Ltd, Toleranzia AB, Nanologica AB, NorthX Biologics AB and Sixera Pharma AB.

Thomas has a graduate degree from Linköping Institute of Technology, Sweden. 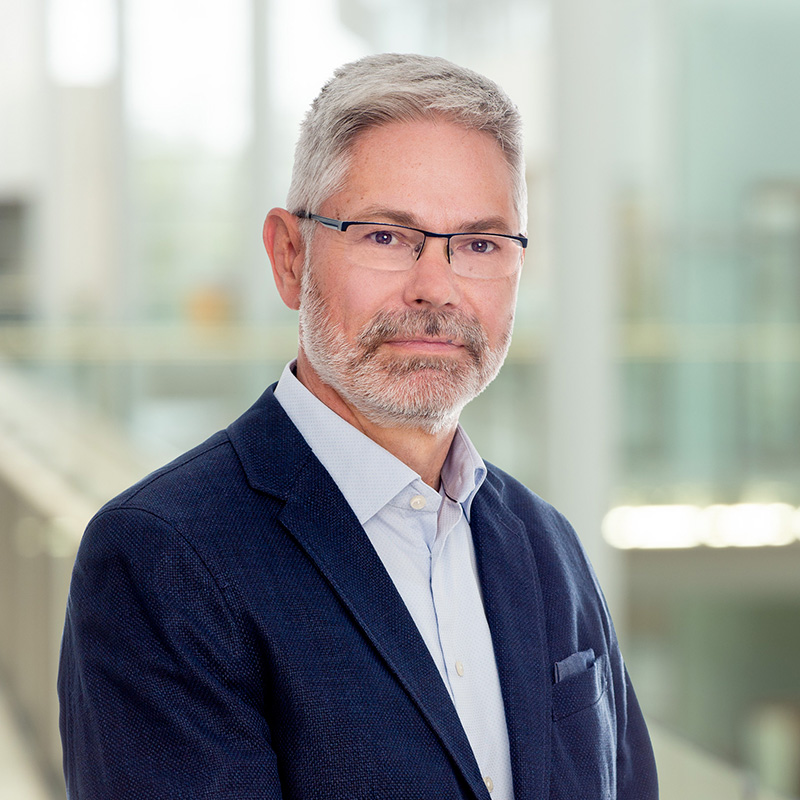 Bernd has over 25 years' experience in pharmaceutical research and drug development, having held leadership roles at Merck/Merck Serono, Sanofi-Aventis, Aventis and Hoechst Marion Roussel. He has expertise in a broad range of disease areas including oncology, immuno-oncology, immunology, neurological disorders and cardiometabolic diseases. In the eight years to 2013, he worked at Merck/Merck Serono, becoming a member of the Board and Executive Vice-President, Global Research & Early Development. He was responsible for a budget of 1 billion euros and a global team of over 2,500 associates. In his last three years at Merck Serono, he led the successful growth of the company's R&D portfolio, with over 70 programmes, doubling the number of Phase II assets in this period. Bernd is currently Chairman of OMEICOS Therapeutics and GeneQuine Biotherapeutics and a board member of Redx, BioMedX, Enlivex Therapeutics as well as an advisor to the board of KAHR Medical.

Bernd was awarded his PhD in Biochemistry and Physiological Chemistry from the University of Konstanz, Denmark.

Maarten is a bio-entrepreneur working primarily in oncology and rare diseases. He did basic research at Lund University, Harvard Medical School and Uppsala University. He worked as a sell-side analyst at two investment banks: Aragon and Swedbank Markets. For the last 15+ years he has been involved in clinical development at Sanofi and Sobi, before co-founding Cormorant Pharmaceuticals. Cormorant brought a mAb against IL-8 into the clinic as an immune-oncology agent and was sold to BMS in 2016. In the same year he co-founded Buzzard Pharmaceuticals, where a potent IL-1 inhibitor is being developed as an immune oncology agent. He also serves as CEO of Sixera Pharma, developing a NCE treatment for the rare skin disease Nethertons, and is VP Medical Strategy and Innovation at Camurus. He currently also serves on the boards of Atrogi, OxThera, Cavis Technologies and Beactica.

Maarten holds a MD as well as a PhD from Lunds University, Sweden. 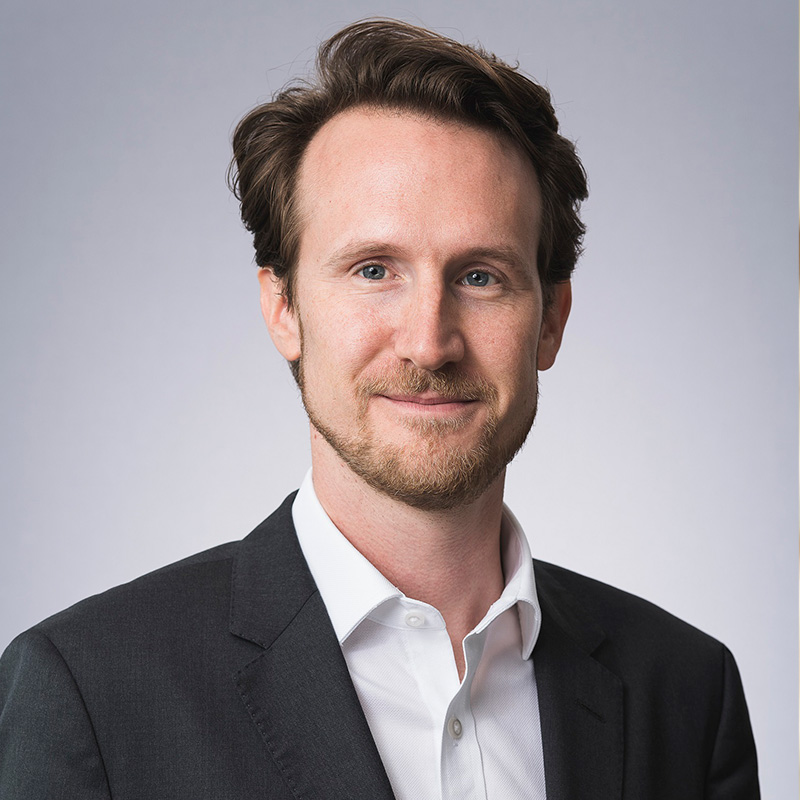 Ted is Venture Partner in Flerie Invest, a Swedish investment firm and investor in Amarna, with biotech investments in Sweden, the UK, the Netherlands and Israel. He is also the CEO of Prokarium, a London-based biotech developing microbial immunotherapies and vaccines. Ted has held a clinical research position at Sahlgrenska University Hospital and has worked as a strategy consultant at Sweden’s Royal Academy of Engineering Sciences, where he coordinated the country’s national innovation strategy. He is an active member of the UK BioIndustry Association (BIA) and has served on the Management Board of the international Bacterial Vaccines Network (BactiVac). He also co-founded and continues to serve on the board of Tekiu, an international knowledge transfer broker active within healthcare, environmental tech and smart cities.

Ted holds a PhD in Biotechnology & Immunology from the university of Guelph, Canada. 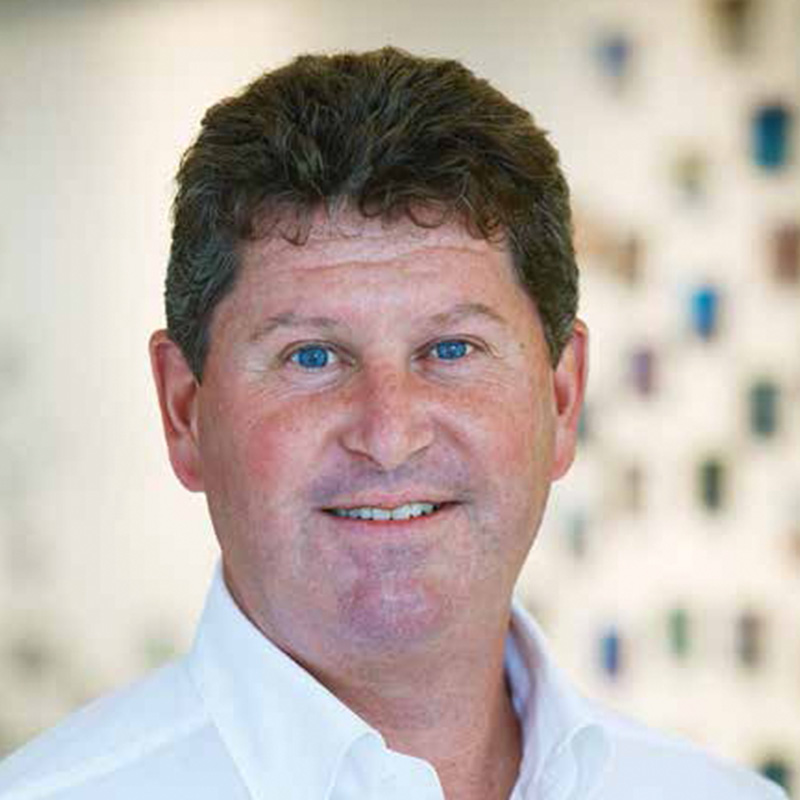 Pim is the CEO and co-founder of the Dutch IT company Schuberg Philis and has been one of Amarna’s pioneering informal investors for over 10 years. He was managing director in the Netherlands of SiteSmith Inc., a US-based Internet infrastructure management services company. In 2000 SiteSmith Inc. was acquired by Metromedia Fiber Network Inc. (MFN) in a transaction valued at approximately $1.4 billio, following which he became Senior Vice President of MFN’s European Region. In a management buyout by Pim and two partners in 2003 the Benelux subsidiary of MFN Inc. became Schuberg Philis. Before this, Pim held several senior executive positions at the Dutch IT companies Pink Elephant and PinkRoccade (now part of KPN).

Pim holds a master’s degree in Computer Engineering and Economics from the Hogeschool IJsselland, Netherlands. 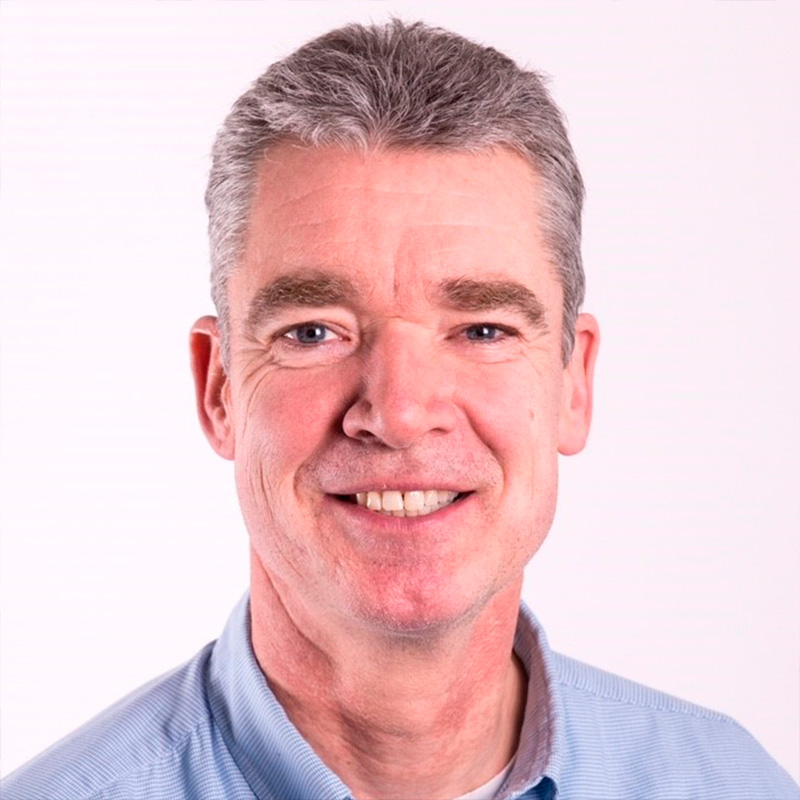 Guillaume is the CFO of the Netherlands based MercachemSyncom, a leading European mid-sized contract research organization. Guillaume is a seasoned senior biotech executive, that has been working in the healthcare industry for most of his career. He held positions at Merck, Sharpe & Dohme, as well as served as Chief Financial Officer (CFO) of Wolters Kluwer Health. He also worked as CFO for Galapagos between 2009 and 2014.

Guillaume holds a master’s degree in Economics from the University of Maastricht, Netherlands and is a Certified Registered Accountant. 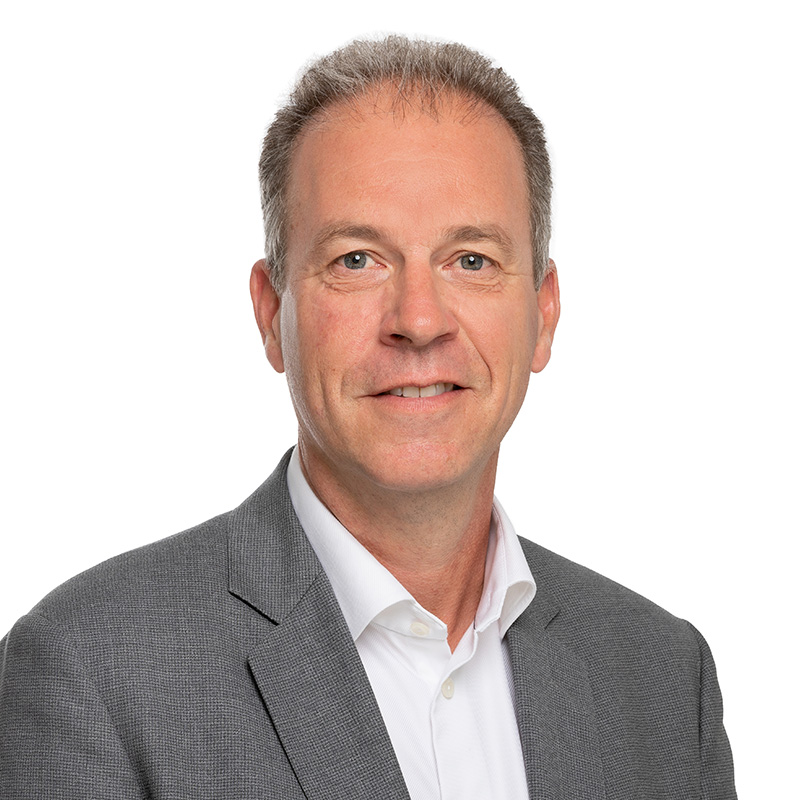 Markwin is an independent entrepreneur with 25 years of experience, in the fields of research, development, operations and management. After transferring from the US academical to the Dutch biopharmaceutical sector, Markwin served, among several other management positions, four years as CSO at the Dutch biotech company AM-Pharma, with responsibility for R&D. In 2013 he consulted with the Dutch biotech T-Cell Factory (TCF) where he played a key role in the acquisition of the company to form Kite Pharma EU B.V. Markwin following joined Kite in 2015 as VP Operations where he managed the R&D of new T cell receptors alongside the implementation of Kite’s new manufacturing facility for cell therapy in the Netherlands. In addition, Markwin is former chairman of the supervisory board of HollandBio, the branch association for Biotech in the Netherlands and supervisory board member at ISA Pharmaceuticals in Leiden.

Markwin was awarded a PhD in Molecular Immunology from Leiden University in the Netherlands. 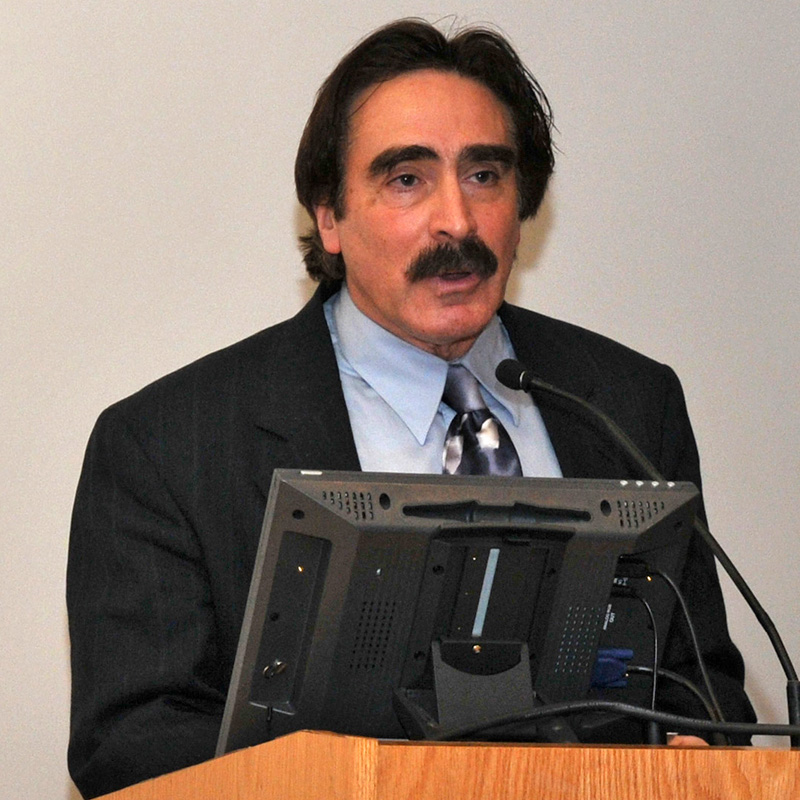 His career in clinical research has spanned immunology, pathology, virology and gene therapy, including studying the mechanisms of viral oncogenesis and virus-related immunosuppression and the study of clinical and immunological aspects of pulmonary surfactant as therapy for respiratory distress syndrome and the development. In applied virology and translational clinical trials his work has focused on viral gene delivery vehicles for potential application in treating diverse human diseases. This involved studying virus-host cell intercations and the impact on replication. His laboratory re-engineered simian virus-40 (SV40) for use as a gene delivery vehicle including exploiting its ability to evade the immune system.  His team has modified the SV40 genome to carry genes of therapeutic interest, and used the resulting vectors effectively to deliver those genes to many cell types and organs, including bone marrow stem cells, neurons, liver, lung  and other organs, in the cource of which demonstrating that repeated injection of SV40-derived vectors in vivo is feasible, effective and safe.

The significance of his work in gene therapy led to his appointment as Founding Chair of the NIH Gene and Drug Delivery Study Section, and countless presentations at national and international meetings.

He has held prior postions at Washington University, St. Louis, Missouri, the University of California, San Diego, Yale University and the University of Texas, Houston.  He is the author over 150 original articles, over 200 abstracts and over 75 invited and review articles, and books, and is editor of a major textbook of Pathology (Rubin's Pathology: Mechanisms of Human Disease), published by Wolters-Kluwer.

He has an undergraduate degree in chemistry, from Cornell University, Ithaca, New York and received his PhD in immunology and MD degree from the University of Chicago, Chicago, Illinois.